What is the Average UX Writer Salary? 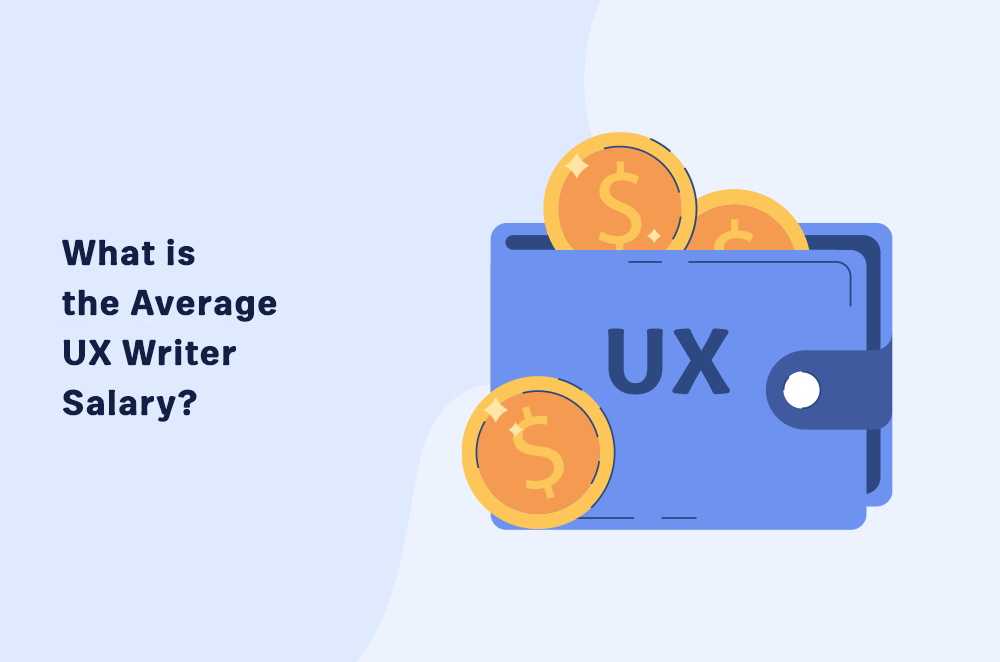 According to the Burea of Labor Statistics, the average UX writer salary in the United States is $74,650. Keep in mind that the BLS categorizes UX writers as technical writers, therefore these salary estimates also take other writing roles into account.

Similarly, UX designers and UX writers are also in the same category according to some salary estimation websites.

In this article, we’ll go over the average UX writer salaries from various sources, along with a location and industry-specific comparison.

What is the Average UX Writer Salary in the United States?

The UX writer role is a full-time position in most companies. However, some organizations hire UX writers as contractual or part-time workers. The startup and tech industry also tend to hire freelance UX writers due to budget constraints.

Furthermore, the UX writer’s job tends to vary according to different industries and organizations. A lot of companies tend to use different job titles for the role.

That is true for most UX professionals as a lot of companies still don’t use the right job title. It happens to UX researchers, UX engineers, and UX design professionals.

For UX writers, they’re either part of the UX group or the technical writing group and content strategist group.

That’s why the average UX writer salary according to the Bureau of Labor Statistics is $74,650; the same as that of a technical writer.

Furthermore, according to BLS, there were 52,300 additional technical writer jobs during 2020. Approximately 10% of those are UX writer jobs.

In any case, the technical writing field is growing by 12% each year. That growth rate is also true for UX writing as more organizations invest in UI and UX.

That also means that the average base salary of a UX writer grows by that amount. That’s why looking at other online sources that provide salary estimates according to individual salary reports is better.

The following are some reliable sources to get an idea of the UX writer’s salary.

Glassdoor is a well-known website where you can find user-submitted salary estimates and company reviews. You can also look for jobs and learn how different organizations tend to develop their compensation plans.

Employees of any company can upload anonymous annual income reports, enter benefits information, cost of living numbers, and total compensation estimates. All of this ensures that the average salaries on Glassdoor remain accurate and transparent.

Furthermore, Glassdoor lets you refine your search further by letting you add some filters. You can get a more precise salary estimate based on your career goals. Here’s what you can do:

If you use all three filters, your search will provide you with a much more accurate salary figure; one that you can use in your salary negotiations.

While most of the salary estimates on Glassdoor are from employee reports, some companies tend to add their salaries too. However, there aren’t many entries for the UX writer position.

But, you can get an idea of how much each company pays by looking at the current job postings by different companies.

The site also provides salary estimates in different US states. Furthermore, you can also search for UX writer salaries globally if you’re looking to move or if you’re going for a remote job. However, the global market tends to fluctuate heavily according to different world regions. Therefore, it’s best to keep your searches location-specific.

Furthermore, the average hourly rate of a UX writer is $57 per hour.

Similarly, you can utilize the table view to check how the percentile differs according to different salary ranges.

Here’s how it is for UX writers:

You can also check out how similar UX jobs pay in the US, including:

It’s wise to compare UX writer salaries with other UX jobs too.

The UX Writing Hub is an online UX community that offers online courses. The site also has a massive job board and content design experts on board to help UX professionals.

Every year, the UX Writing Hub completes a global UX writer salary survey. The idea is to get a big picture idea of how much of an impact UX is having on the digital products industry.

According to them, the demand for UX is increasing at a steady rate as business goals align toward providing better user experiences. That’s why most apps and websites today do extensive user research before developing the user interface and user experience.

According to the UX Writing Hub’s 2021 salary report, the average salary for UX writers globally is around $65,000. That figure varies massively across different world regions, countries, age groups, and total years of experience.

Furthermore, the average UX writer salary in the US is $105,000. According to their data, that figure is the second-highest in the world, right after Switzerland (with an average salary of $117,500).

However, this is the median annual income and doesn’t take bonuses, overtime pay, and other benefits into account. For example, large tech companies tend to offer stock bonuses, shares, and other perks along with an annual salary.

On top of that, their report also found that the maximum salary in the US for a UX writer is $360,000 (based on the participating users).

Lastly, their report found that while the most common job title is UX writer, it only makes up for 35% of the responses. That means almost two-thirds of UX writers work with different job titles, such as content designer, content strategist, and technical writer, among many others.

To get a better idea of how much a UX writer makes, we’ll go over ten of the highest-paying countries in the world.

According to the survey data, each country has a different designation for UX writers. However, most companies call them UX writers, content designers, or technical writers.

Furthermore, these salary figures don’t take the general tax rate and cost of living into account. Also, it doesn’t include any bonuses and benefits.

UX writing is a rewarding in terms of salary. Moreover, it is an interesting field to progress your career. Our course allows you to master the UX writing skills more professionally so you can secure better paying UX writing jobs. Don't forget to check out the detailed UX writing course contents here:

Since UX writing is a relatively new field, a lot of companies use different job titles for the job. It’s mostly because companies focus on keeping job groups similar so they can categorize them under the marketing team, design team, or product teams.

However, the issue is that in terms of salaries, there is a major difference according to different job titles. Some job titles tend to earn more on average than others, regardless of having the same job responsibilities.

Here’s how the salaries of various job titles vary, even though they have the same responsibilities as that of a UX writer. The order is from highest to lowest.

Therefore, if your current job title is something other than the top three, you should consider rebranding yourself.

Now that you have a good idea of the average UX writer salary, you should understand what affects your salaries. Mostly because this will help you in your salary negotiations.

The following are some tips to improve your chances of getting a higher salary.

Lastly, it always helps to provide further information on your career when applying for a job. That can include a rundown of your current projects, star clients, or even any UX writing communities you are a part of.

The average UX writer salary in the US is way above the median average. It’s also more than the average technical writer's salary. That’s because UX writing is a specialized field and requires multiple skill sets.

Therefore, finding a good UX writing job is heavily dependent on your set of skills. Writing skills alone won’t get you into UX writing. You need to have design skills, content strategy, and excellent communication skills. On top of that, you need an excellent understanding of UX.

If you want to opt for a high UX writing salary, make sure you continually upskill yourself while learning new skills relevant to your niche and industry.

If you are new to UX writing and are looking to join the professional UX writer community, we recommend taking our UX Writing Certification Course, where you will learn the fundamental skills for UX writing, how to successfully land UX writer interviews, and how to stand out from the rest of the crowd as an expert UX writing candidate.

What is the Average UX Writer Salary in the United States? 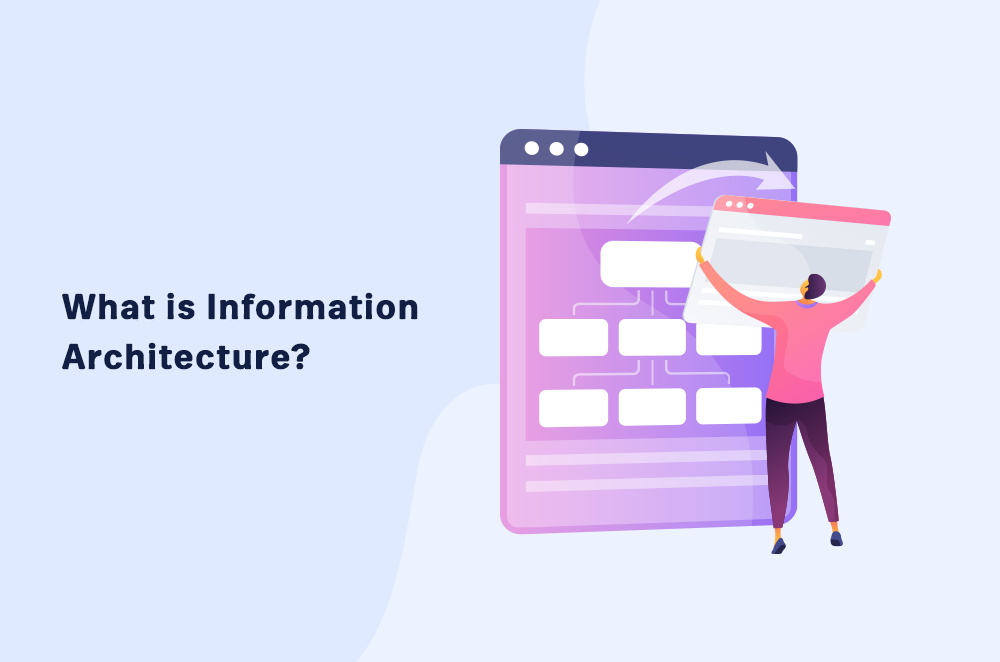 What is Information Architecture? 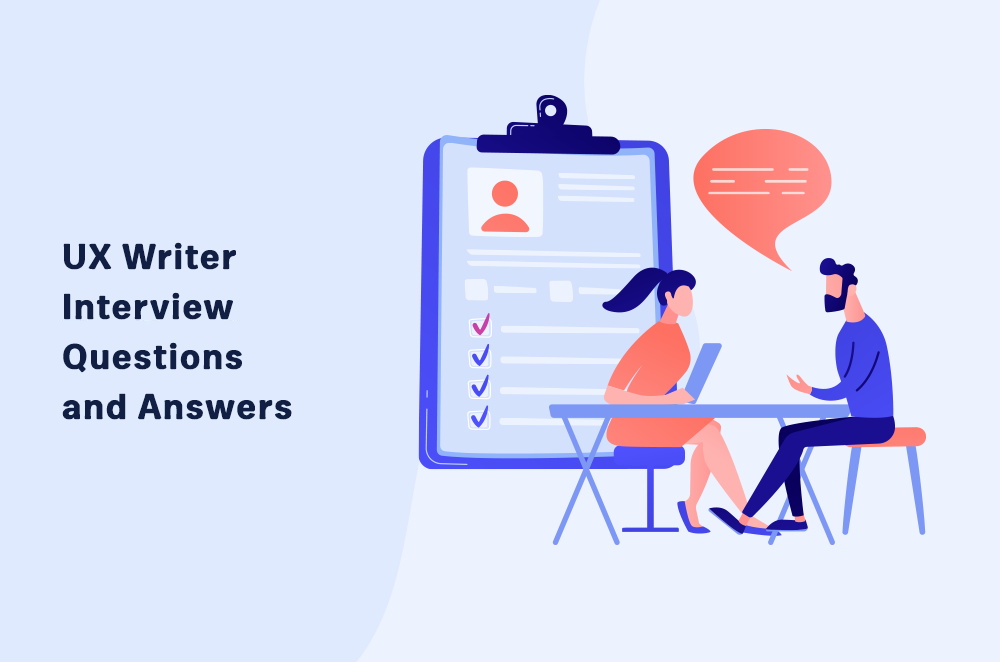 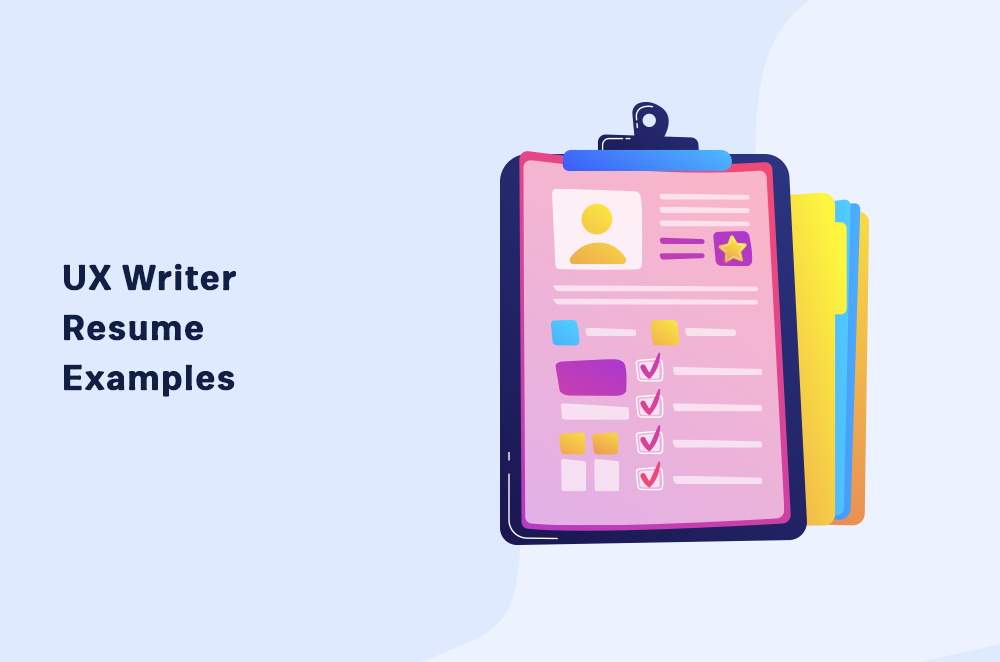