How to Format a Screenplay in 7 Simple Steps 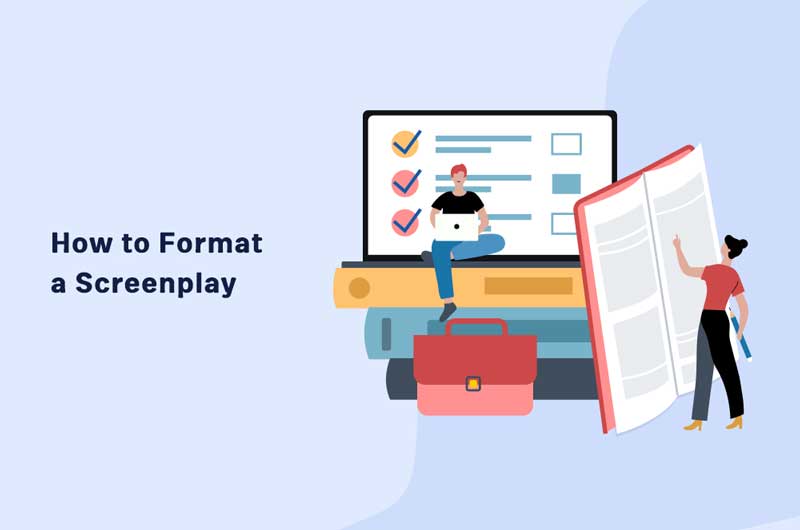 As a screenwriter, you must know how to format a screenplay. No matter how great your movie script is, if it isn’t properly formatted, it will be useless as nobody will be able to understand it. Writing a screenplay is different than writing a novel or a book. You can experiment with formatting in your novel or a book as you are the boss.

However, in the case of a screenplay, you have to stick with the standard screenplay formatting. It is no place to experiment or add new things. Your screenplay will be read by several people (e.g. director, producers, etc.), it is essential to follow a standard format that they're used to reading.

Formatting a screenplay isn’t hard if you are using the right screenwriting software such as Squibler that automatically formats your screenplay as you write. You'll have to select a screenplay template, ideate, adjust formatting, and your script will be ready.

Even if you are using screenplay software, you still need to have a clear understanding of how to format a screenplay as it helps you in the long-run. Imagine you are sitting with a producer and he asks you to quickly add a dialogue manually in the script, that’s where your formatting skills will be tested.

It doesn’t make sense to do formatting via software without having a complete understanding of what’s and why’s. You must not do it. The whole script and everything revolve around the formatting of the screenplay, you can’t ignore it by no means.

And we will see in the actionable guide below the importance of formatting a screenplay correctly and why you must know its ins and outs. But before jumping to the formatting, it is essential to understand the difference between spec and shooting scripts as they have a lot to do with the formatting of the screenplay.

The formatting of the screenplay varies depending on the type of script you are writing. The two major types of scripts include spec scripts and shooting scripts.

A spec script (speculative screenplay) is written for readers and is unsolicited and non-commissioned work that you write with an intention to sell to a producer or a production company. In spec scripts, you don’t have to focus a lot on technical details and formatting as you are writing for readers. You don’t have to necessarily add sequencing, scene numbers, sluglines, and other details.

A shooting script contains all the technical details and it must be formatted according to the set standards so it can be understood by the production company. It includes scene numbers, scene description, camera shots, transition, and other technical details as agreed.

How to Format a Screenplay

If you are working on a shooting script, you must format it properly. This guide shows you how to do it.

Let’s get started with the simple step-by-step guide on how to format a screenplay like a pro even if it is your first time.

The basics of screenplay formatting cover margins, font size, indentation, etc. The good news is that most of the basic formatting structure is built-in in most of the screenwriting software. The script is formatted as you type without you have to do any tweaks.

For example, Squibler keeps your script formatted on complete autopilot as soon as you start typing. Once you select a screenplay template, it comes formatted and you can start writing right away.

Here is the list of the basic formatting structure of a screenplay:

Font: The standard font type and size for screenplays is a 12-point Courier.

Margins: The left margin must be 1.5 inches while margins on the right, top, and bottom must be 1 inch each.

Lines Per Page: The number of lines per page must not exceed 55. It doesn’t matter what page size you are using, the standard is 55 lines per page excluding page number.

Here is an example of a properly formatted script with these basics:

These basics set the stage for your script by creating a standard format that makes it understandable.

Scene heading (also known as slug line) is an important part of your screenplay. You need to make sure that all the scene headings are properly formatted so that the production team can understand your script.

Here is how to format a screenplay scene heading:

Here is another example with more scene details:

There are instances when a scene starts indoor and goes outside or vice versa, in this case, you have to use INT./EXT. or EXT./INT. accordingly. Here is an example:

Everything in the slug line must be in all caps.

The action includes lines that describe visual or audible actions. These are stated in all caps and actions are stated in third person present tense. You also need to make important objects in caps to emphasize their importance in the story.

Here is another example that depicts visual actions:

You need to remember two simple formatting rules for actions:

Your story revolves around characters or vice versa. Characters are an important part of the screenplay and there are certain formatting standards that you must follow.

When you have to introduce a new character, mention the name in caps followed by the age of the character and then other details about the character (e.g. personality). Here is an example:

It is a good practice to add a comma between name, age, and description of the character. This is the most used character introduction style.

Once you have introduced a character, you can then use the character name in any way you like. Some screenwriters prefer using names in capitals throughout the script while others keep it natural. It is more of a personal choice. Character names are acceptable in both caps and without it.

Formatting dialogues is the easiest part of the screenplay. The dialogues appear at the center of the page separate from the other text.

Here is how to format screenplay dialogues:

In the case of recorded voice, you need to replace the character name with the recorded voice in capitals. For example, when someone is listening to the radio as in the following example:

Similarly, when a character says something off-screen or when the dialogue is voice-over, you need to mention O.S. and V.O. accordingly with the character name in brackets. Here is an example:

The idea is to make sure that dialogues are center-aligned and they appear as a separate text block from the rest of the text on the page. Avoid mixing them with other text blocks.

Parenthetical describes dialogue delivery. It is used to describe the context. You'll have to use parentheticals in most of the dialogues to make sure they're delivered in the right context.

Parentheticals are mentioned in the brackets at the right place within the dialogue. Here is an example:

Parentheticals help you add small actions inside the dialogues without moving to the action line and breaking the dialogue.

However, not all actors and producers prefer having parentheticals as actors prefer adding their own feelings, moods, and actions according to the situation and dialogue delivery. In case if you have to add parentheticals, make sure you are using the right format.

If you want to suggest a camera shot, you can do so in the script by mentioning the camera shot in capital letters. POV is the most used camera shot used in screenplay writing. You can either use it as a subheading or add it to the text in the following way:

You don’t have to necessarily add transitions and camera shots. Even if you plan to do it, avoid overdoing.

Use a Software for Screenplay Formatting

Now that you know how to format a screenplay in 7 simple steps, it is time to move ahead and check out how screenwriting software can help you in formatting your script.

Using a screenwriting software to write a screenplay isn’t essential. You can write your screenplay in any word processor of your choice (e.g. Microsoft Word). However, you'll have to do all the formatting manually. This turns out to be too tedious.

Imagine checking capital letters, indentations, dialogue alignment, and other important aspects of formatting. You'll spend a lot of time formatting your screenplay and this isn’t recommended. It kills creativity.

As a scriptwriter, you must focus on writing.

This is where screenwriting software jumps in. A screenwriter tool helps you format your script in real-time as you write. When you finish your script, it is formatted and ready-to-use. You don’t have to spend additional time to format it or recheck formatting.

Squibler is one of the best screenwriting software out there that comes with ready-to-use templates for screenwriters. Select a template, tweak it, add plot, add characters, and start writing. It will format everything for you without you have to even look at it.

It also helps you organize your screenplay that makes it easy to switch between sections, headings, and scenes quickly.

This is a reason why all professional screenwriters use software and tools to improve their writing speed. A screenwriting software won’t produce content for you rather it just helps you keep it formatted and organized. This saves a lot of time and resources at the end of the day.

How to Write a Great Fight Scene How to Write Great Action Scenes What is Dan Harmon's Story Circle? 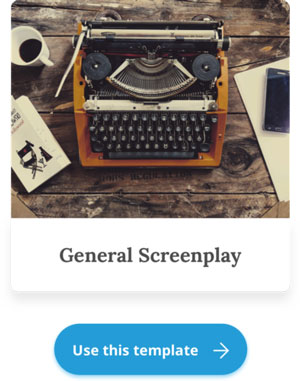 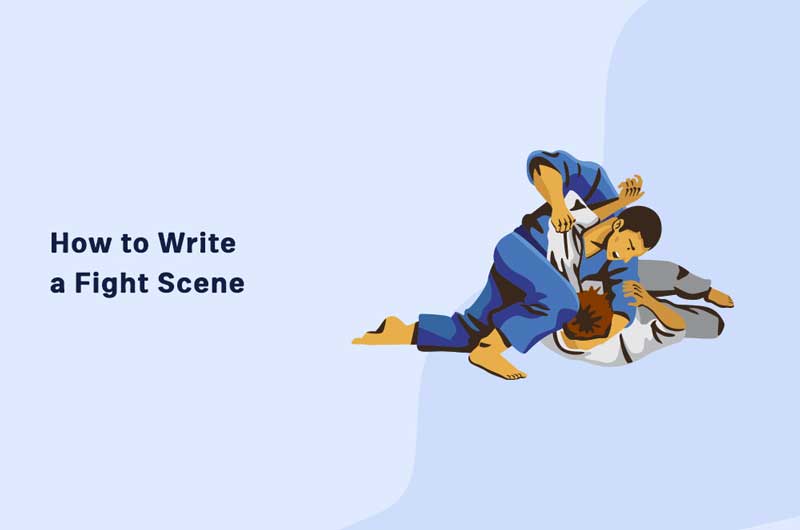 How to Write a Great Fight Scene 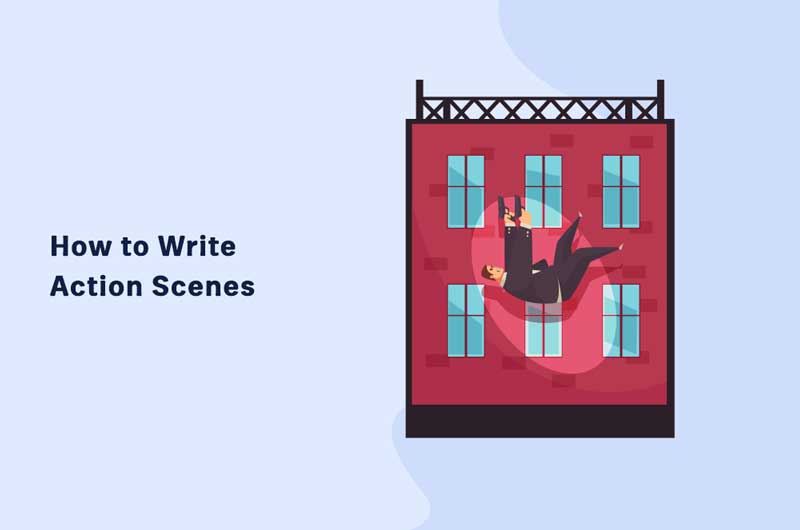 How to Write Great Action Scenes 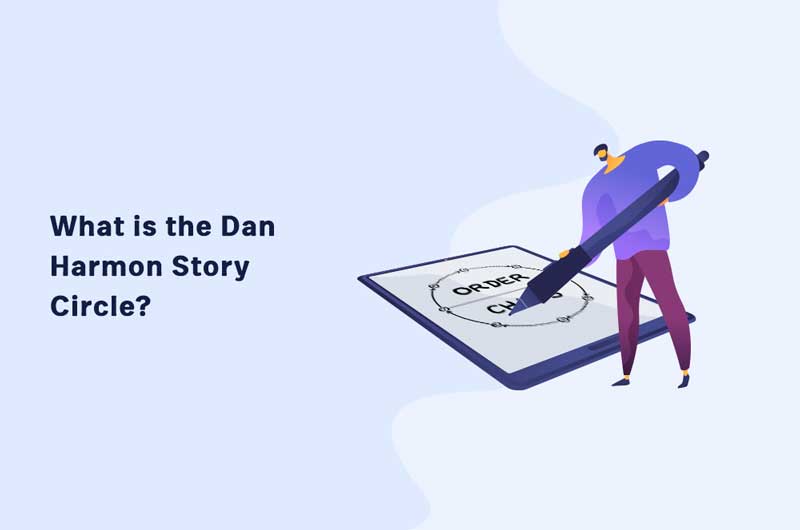